I am currently designing a program where people are shown a comic strip and then shown a set of three images in which they have to choose which image best completes the comic strip. Anyways I have it set up as follows:

where it loops through 25 pairs of images. I have the loop set up as: 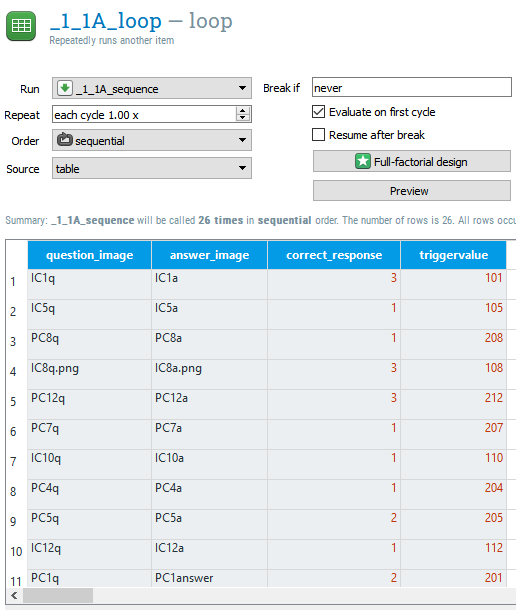 I read in a post on here that if I put in an inline script that reads:

I really cannot figure out why I am getting that error. I am new to experimental programming so I am sure there is an easy fix in the code but I just don't even know where to look or what to fix. Any help would be much appreciated!!