I am using a coroutine in order to record webcam feed while displaying some text stimulus and taking in a keyboard response. The coroutine should end when the user presses a key. This is the function i have written and supplied to the "Generator function name":

Although the documentation says that "response" and "response_[item_name]" variables should always be available i keep getting this error:

The variable 'response_video_keyboard' does not exist.

I have tried the above code with var.response instead of var.response_video_keyboard and i get the same error.

I have attached a picture of my coroutine structure. Please help out if you know what's going wrong. 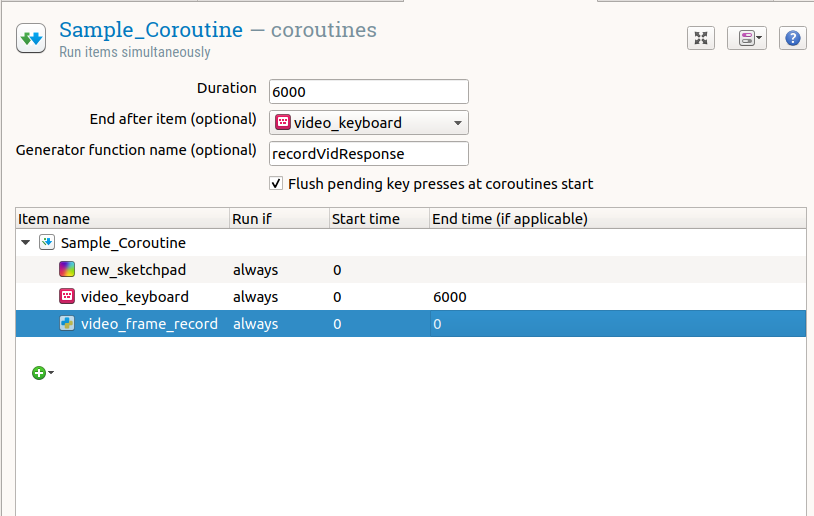