Bayes factor for the comparison of independent correlations 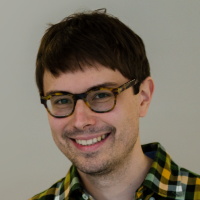 I am not sure whether this is the right place to post my issue because it is not
directly related to JASP or BayesFactor. Rather, it is concerned with the
construction of Bayes factors in general. I created a Bayes factor for the comparison
of two independent correlation coefficients, which -- as far as I know -- is not
possible using either program. I would like to know whether my approach is in any way
reasonable, and I thought I might ask here, because I do not know anyone personally
who knows Bayes statistics.

In my approach I make use of the sampling distribution of effect size measure Cohen's
q, which is the difference between two Fisher transformed correlation coefficients
(see here). The sampling variance of q is known when the null
hypothesis is true as 1/(N1-3)+1/(N2-3) (here N1 and N2 are the sizes of both
independent samples in which the correlation coefficients were estimated). I verified
this in a simulation, see my code in
this github gist. Thus, I construct the likelihood curve for the point-null
hypothesis as a normal distribution with mean = 0 and variance =
1/(N1-3)+1/(N2-3). This R-Code illustrates how I generate the null hypothesis:

I am using a subjective construction of the alternative likelihood. My prior belief
is that large effects (q > |.5|) are unlikely, they might only occur in less than 5%
of all cases. Additionally I think that effects are equally likely to occur in both
directions (r1 > r2 or r2 > r1). Therefore I assume that under the alternative
hypothesis, effects sizes q are distributed normally with mean = 0 and standard
deviation = 0.255 (in this case effects greater than |0.5| occur in ~ 5% of all
cases; see: pnorm(0.5, 0, 0.255)).

Next I wish to turn this prior into a likelihood that describes how likely each value
of q is under the alternative hypothesis. I employ an approach -- hopefully correctly
-- that Jeff Rouder decribes
here. Effectively, I assume that for each true value of q, the observed values
are distributed normally with a variance of 1/(N1-3)+1/(N2-3). Using integration, the
total predictive density under the alternative hypothesis is obtained by weighing
each q with its prior probability. How this actually works is a point where my
understanding still has some shortcomings; using this logic however I created the
following R-Code to construct the predictive density of the alternative hypothesis:

The bayes factor is then obtained by computing the ratio of both likelihoods for an
observed value of q.

I would be very thankful if someone could comment on my approach and point out
possible errors or misunderstandings. If there is something seriously wrong with this
approach, can anyone recommend some accessible literatur on constructing Bayes factors? I
am rather new to Bayesian statistics.

PS: This code can be used to plot the likelihood curves of null and alternative
hypothesis for illustrative purposes: