I am new to Bayesian statistics but I am already hooked and have thoroughly enjoyed learning and applying this approach to my research questions in my PhD Thesis. However, I am lacking a bit of confidence in my interpretation of the output and was hoping that you could help confirm my interpretation is correct, and help guide me to the correct interpretation if and where I have not interpreted it correctly.

I am interested in looking at the effects of presence and action on grief symptom severity in relatives who experience the sudden death of a loved one following an out-of-hospital cardiac arrest.

I have a fixed factor of Group with 3 levels based on presence and action at the time of the event:

Group 2 - Witnessed the event and did not attempt CPR (WnoCPR)

Group 3 - Did not witness the event/unwitnessed (UW)

My DV is a continuous measure of symptoms of complicated grief. 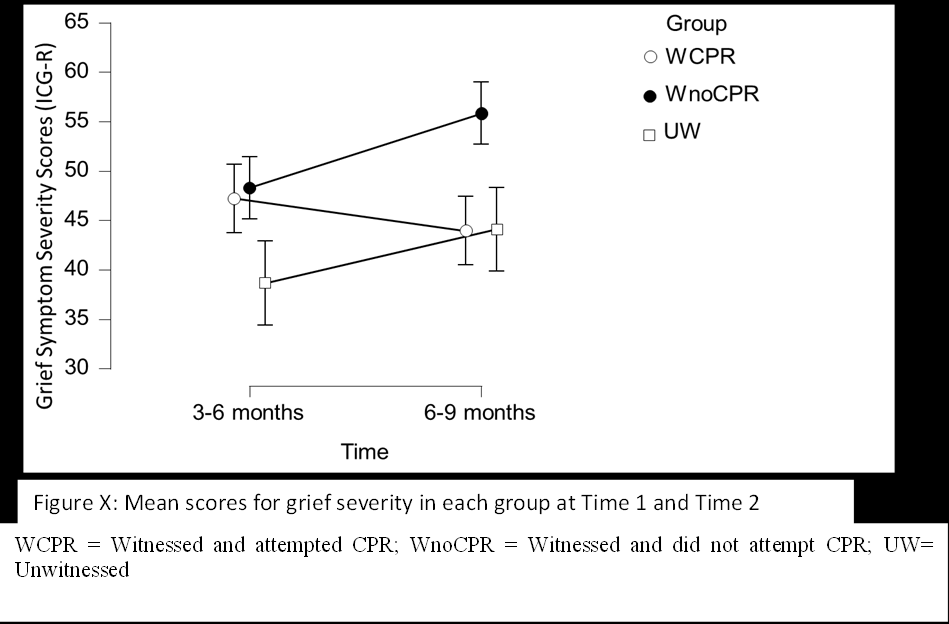 Due to small sample size and unequal group sizes, I wanted to use Bayes to help provide additional context and understanding of what is important in terms of predicting a poor outcome following this event.

Below is the output for a mixed Bayesian ANOVA. I would be extremely grateful if you could check my interpretation is correct.

"Additional analysis of the effects of time and presence and action on severity of grief reactions was carried out using a Bayesian Factorial ANOVA. This revealed that the observed data are 16.46 (BF10) times more likely under the model that includes the main effect of Time, the main effect of Group, and an interaction between Time and Group as predictors than under the null model. Evidence strongly suggests that the observed data are 15.93 times more likely to occur under a model which contains an interaction between Time and Group. The observed data is not sufficiently informative to allow a strong conclusion about the effect of Group (BFinclusion = 1.25), however the addition of Time weakens the model (BFinclusion = 0.83)."

Again, I would be hugely grateful if you could check the interpretation of the Bayesian ANCOVA output below:

Thank you for any advice you can give!!