Hi, at the end of the experiment I get that the accuracy is undefined. In the feedback I entered [acc]% In the variable table I entered correct_response. In every loop there are keyboard_response and logger. This is the structure of my task (memory updating task). Help me please, thanks! 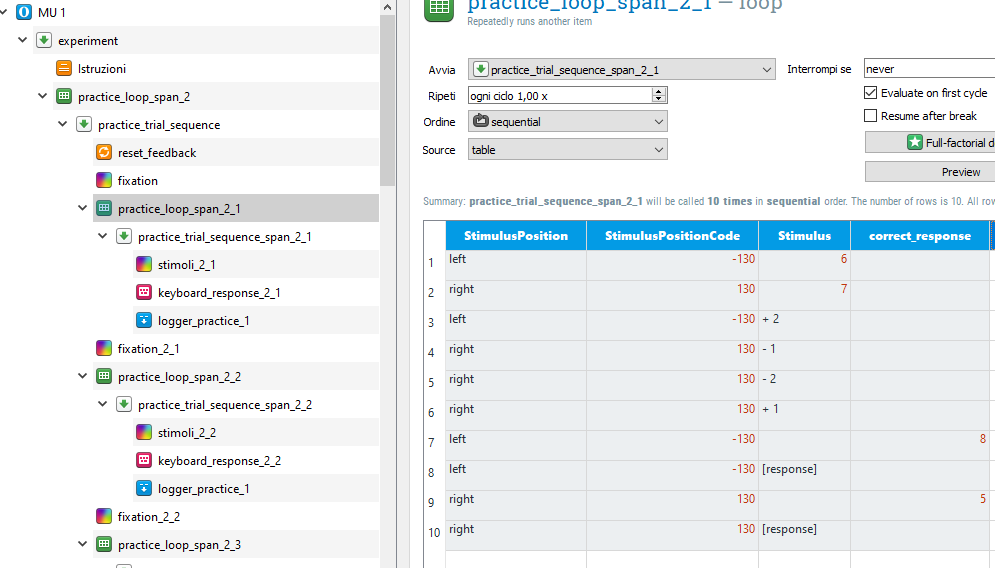 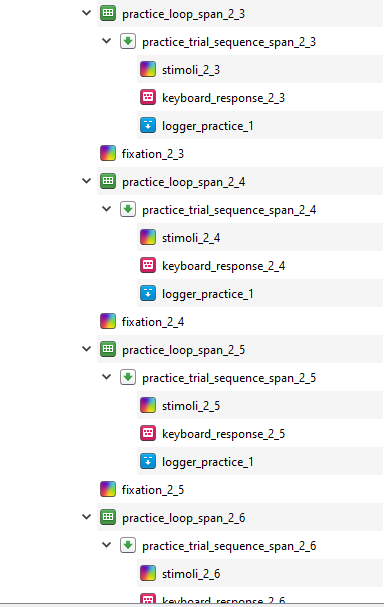 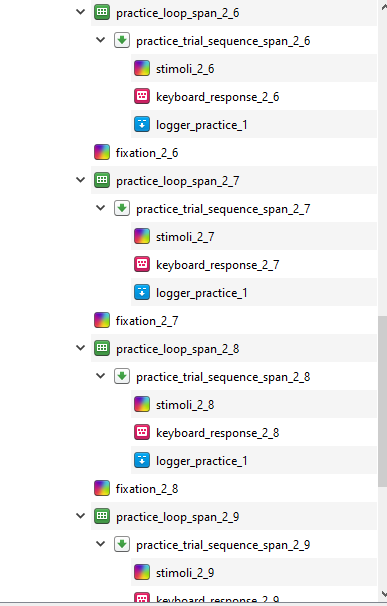 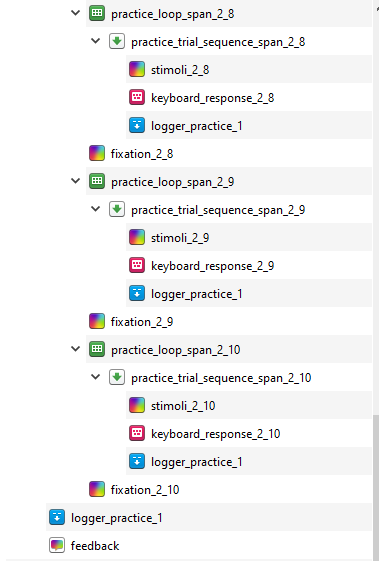