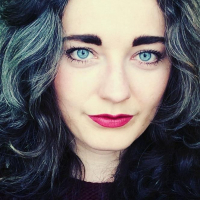 Dear Pascal and everyone,

My apologies for the lengthy post, I tried to be as specific as possible in my problem description and to include all relevant code, warnings and output.

I am having problems aligning trajectories to common start- and end-points. I have collected data with E-Prime GO and imported them with mt_import_long(). My design requires participants to start from the bottom center of the screen and choose one of both responses at the top corners of the screen. Responses need to be given in order to proceed, and there are no missing points in my raw dataset (24 items x 85 participants). Location of correct responses is counterbalanced, so half of the trajectories end in the top left, half in the top right corner.

This assumption should be warranted, because my sampling rate was constant at 25ms.

[Sidebar: while preparing the dataset before import, I ended up with columns of coordinates over time: xpos, ypos, t. To my confusion, "t" is logged as "absolute" time in ms, rather than relative to trial onset, i.e., it is calculated from the beginning of the experiment in successive 25ms-steps. As a consequence, rather than having "t"-sequences from 0ms, they start from the ms in which participants gave the first mouse-tracking response during the experiment, after other cognitive assessments, so e.g., 4598349867 ms or something ridiculous like that).

I believe it is for this reason that the data looked weird when plotting them right after import: 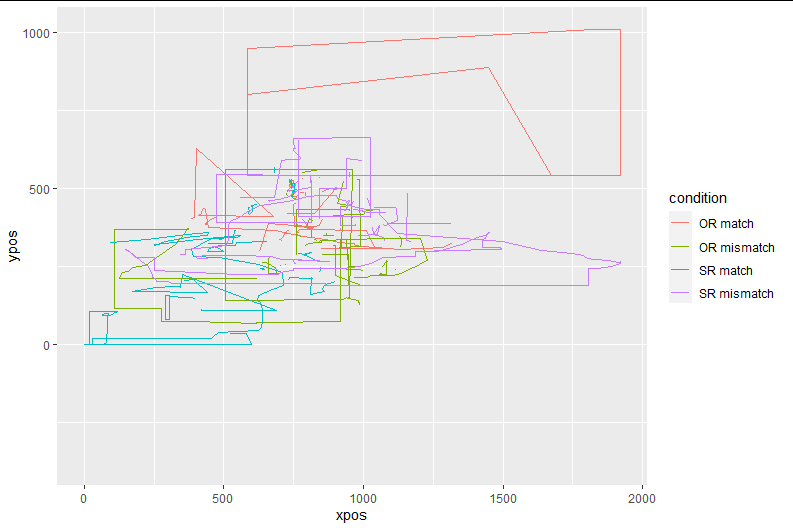 To avoid this, I deleted the "t" column from the data to be imported with mousetrap. To replace the "t" variable, I created a "timestep" column (before mt_import_long) by creating a number sequence for each x-y-coordinate pair which restarts every time SubjectID and/or the ItemID change. However, the "timestep" variable created by me does not seem to be recognized when I specify it as the "timestamps" variable at import (hence the warning message about equidistant timestamps being created automatically). After these steps, I get plots that look more sensible right after import, as compared to importing with the "t" variable. 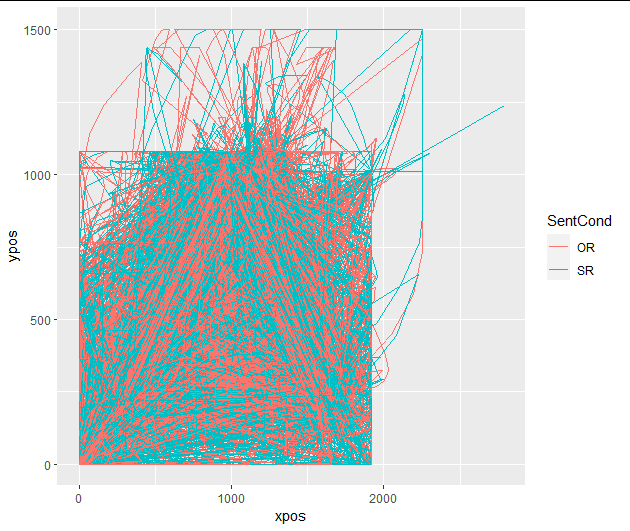 Clearly, however, the data needed some more cleaning. To eliminate trials that started and ended in the same position, I used the following code (from another thread in this forum):

After this step, the plotted data look exactly like the image above (unsurprisingly).

I eliminated all trajectories from incorrectly answered trials:

I then use mt_remap_symmetric() (without any further arg specification). Now the same plot looks like this: 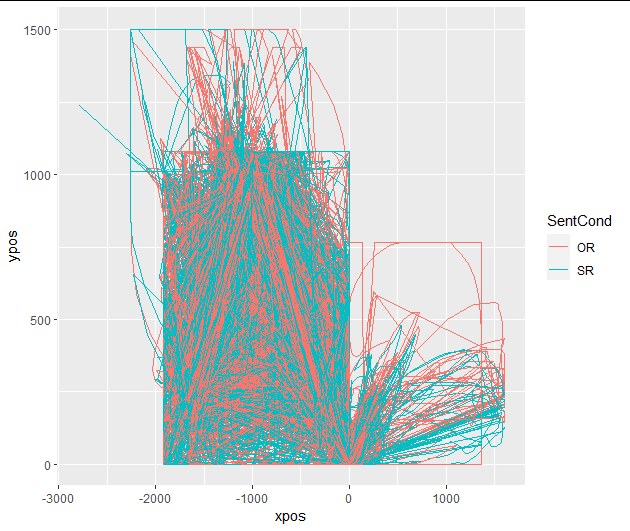 At this point, I use the code:

and get the warning:

Now, generating the plot as above gives me the following warning:

The new plot (i.e., of "aligned" trajectories) looks like this: 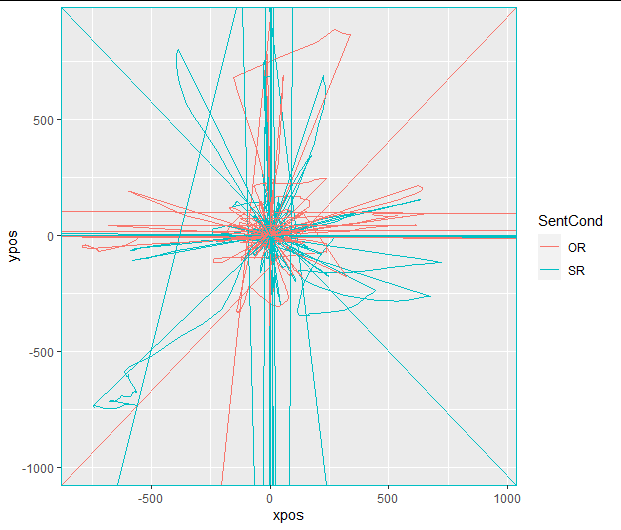 Clearly, this does not seem to be the right approach.

I set out to eliminate weird-looking trajectories manually with mt_plot_per_trajectory() before attempting to re-align trajectories. I identified over 20 participants whose coordinates look like there have been technical issues. Within the remaining participants, I had to proceed to further remove quite a few trials which were displaying the same issues. My sample size went from n = 85 to n = 59 in this step. Here an example of one good-looking and two not-good-looking trajectories: 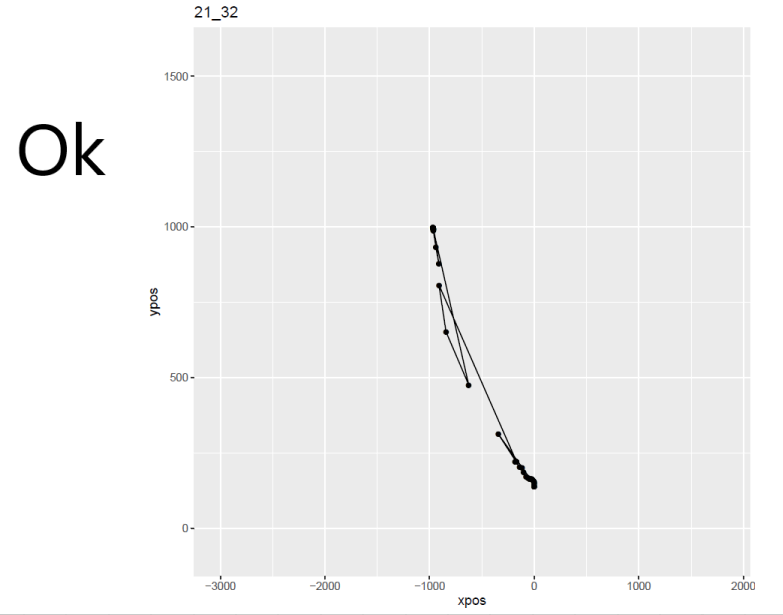 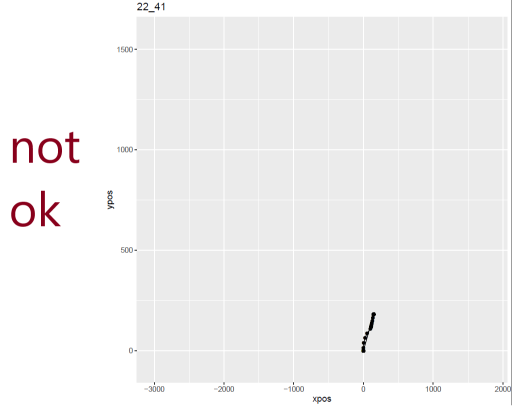 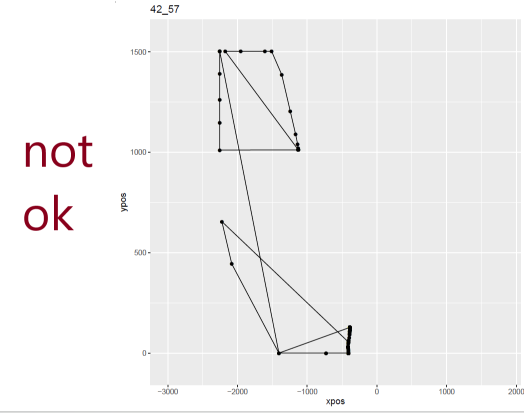 After this step, I tried to use mt_align_start_end() again, and got the same warnings:

I then had to switch to mt_align():

No warnings, and the plot now looks like this: 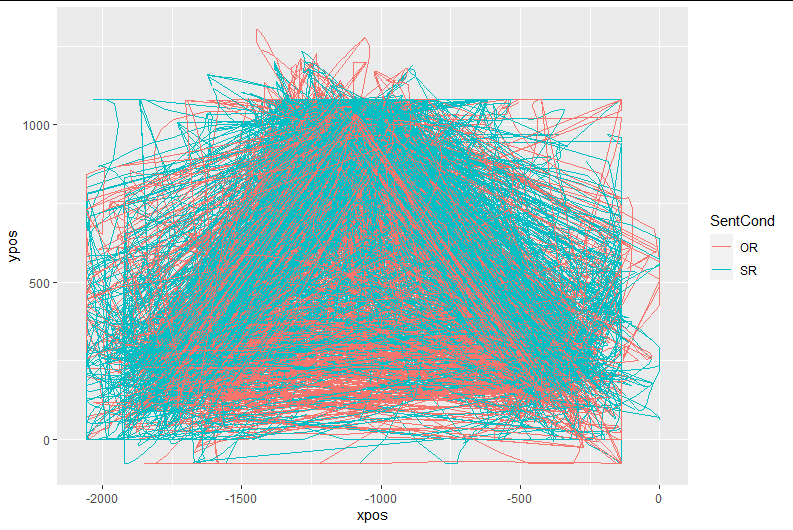 Then I time-normalized the aligned trajectories (now saved simply as "trajectories", because the "timestamps" variable was absent from the renamed "aligned_trajectories" array):

Now, I would expect time-normalized trajectories to be aligned. However, when I go ahead and plot the data, it looks like the starting points differ substantially between conditions, such that I am led to think that one or more of the previous steps were either wrong or implemented incorrectly. 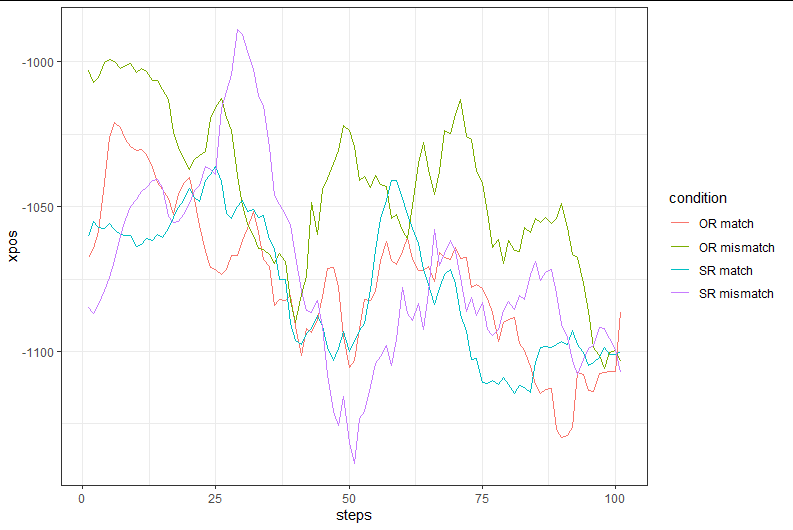 My next step in the analysis is to run mixed-effects linear regression with xpos as continuous outcome variable. Thank you for reading until here, any help would be greatly appreciated!